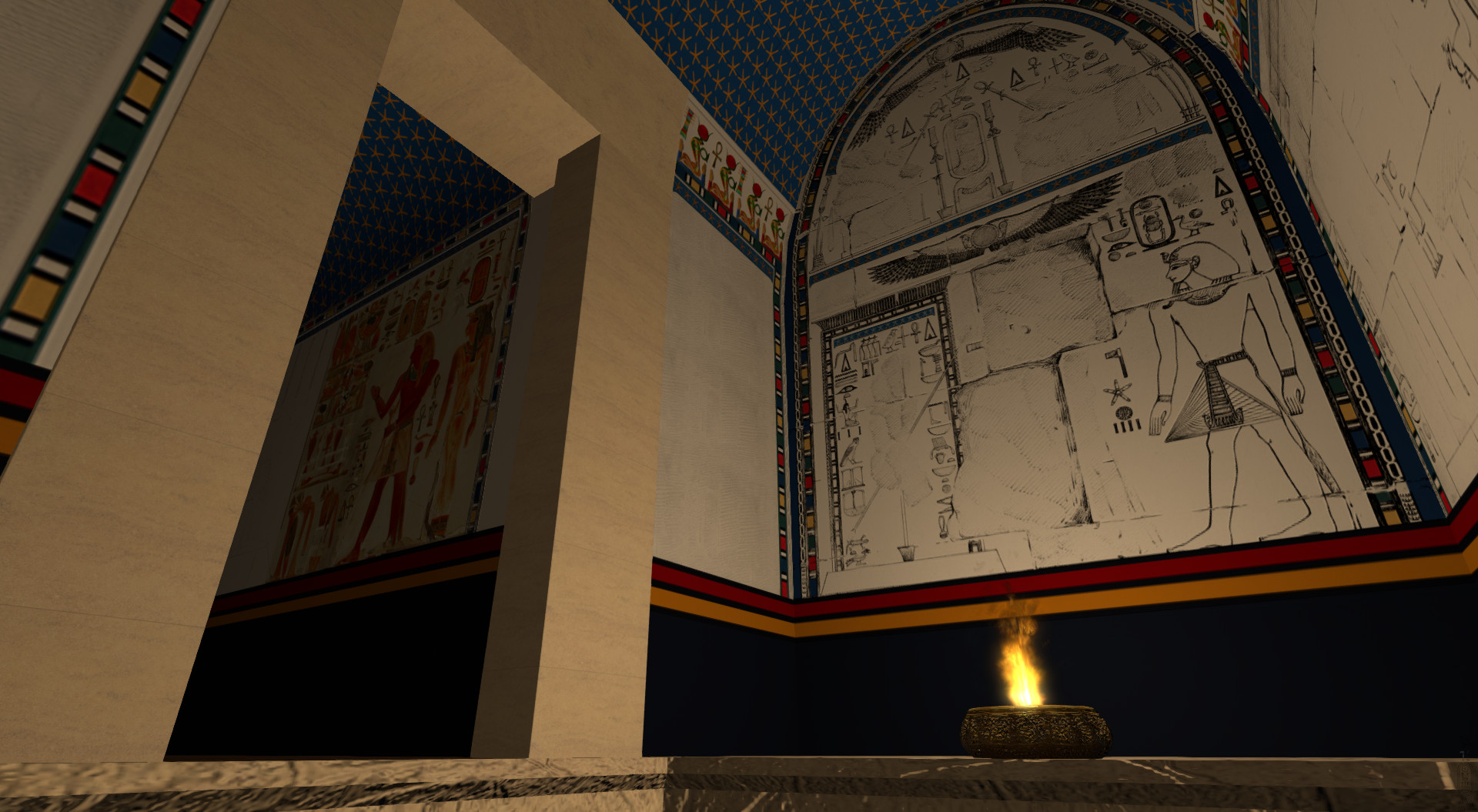 After four months of work, we have reached another significant milestone in the construction and texturing of the Upper Anubis chapel in Djeser Djeseru. The chapel has now been completely recreated in its geometric dimensions based on the measurements by Carter and Naville and all walls and all side walls are fully textured with the partially coloured murals.

Particular attention was paid to the corbel vault of the chapel and and the transition to the eastern and western side wall on which the Uraeus frieze is located. The north wall of the niche shows a reconstruction of the mural based on the watercolour painting by Howard Carter and is intended to give the viewer an impression of the original colours of the murals.

What is striking when looking at the murals in this part of the temple is the very extensive destruction of large parts of the wall decoration. In contrast to the colonnades on the lower levels, for example, not only all references to Queen Hatshepsut were erased here, but also all images of the god Anubis.

Still missing are the northern lunette above the chapel's front door and the lunette of the east wall of the niche, as well as the relief of the door frame of the niche. These parts will have to be completed at a later date when we get copies of these decorations in a sufficient quality. Nevertheless, we can see the progress of the work on this part of the temple as almost completed, since these last missing details should hardly be of any importance in terms of a meaningful overall impression of this amazing shrine.