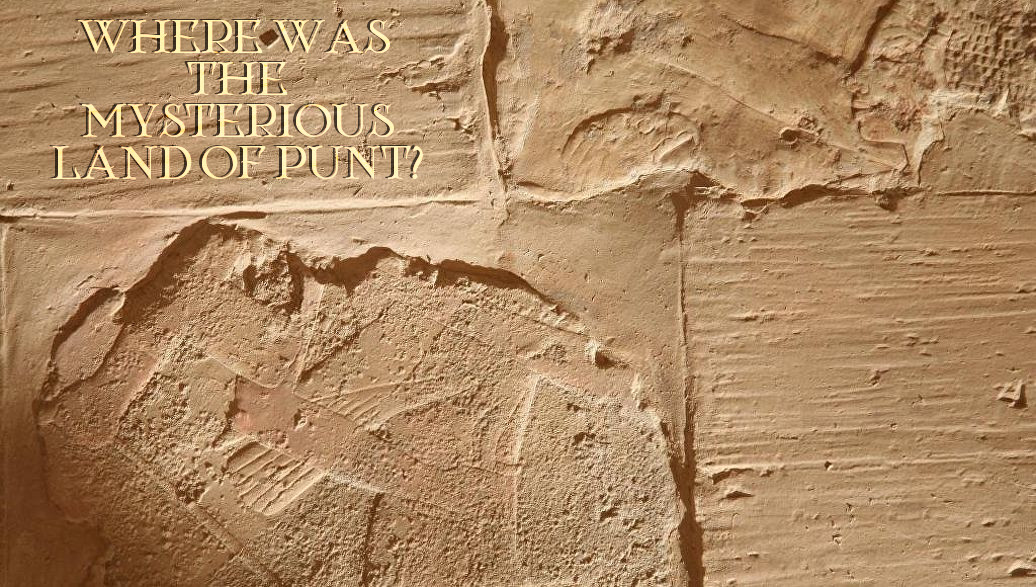 Where was the mysterious Land of Punt?

The distant Land of Punt, that the Egyptians so often visited with elaborate expeditions to buy precious goods such as gold, silver, scented resins, exotic fruits and plants as well as rare animals and other treasures in trade, and whose exact location is still unknown today. Can the stone-carved image of a single bird, 3500 years after its existence, now give us the answer to the question of its location?

Polish Egyptologist discovered … a secretary bird in the Temple of Hatshepsut

The only depiction of a bird of prey – the secretary bird – known from ancient Egypt come from the Temple of Hatshepsut at Deir el-Bahari. They were discovered by an Egyptologist from the Polish Academy of Sciences, Dr. Filip Taterka. His findings have been confirmed by ornithologists specialising in this species.

Bas-reliefs showing birds of the secretary bird species (Latin: Sagittarius serpentarius) are on one of the terraces of the Temple of Hatshepsut (approx. 1473 – 1458 BC) near Luxor in Upper Egypt. They come from the so-called Portico of Punt, where a great Pharaonic expedition to a distant African land is shown. Depicted on the walls are the gifts the Egyptians received from the local peoples. Among them are ebony, gold, aromatic resins, ivory, leopard skins, as well as animals – cheetahs, giraffes, leopards and a bird that remained mysterious until now.

“It was long thought that a bird that was difficult to identify was a crane, because at this spot the ornament was in poor condition – only the rump is visible” – says Dr. Filip Taterka from the Institute of Mediterranean and Oriental Cultures of the Polish Academy of Sciences.

During the analysis of the walls, Taterka noticed another, previously unknown depiction of the same bird, this time better preserved. The latter contained elements that turned out to be characteristic only of the secretary bird. On one of the blocks there is a large body with long legs, on the adjacent block – a head with a short, sharp beak and a distinct feathers protruding from its head.

“The latter element indicates a secretary bird. My identification was confirmed by three ornithologists from South Africa, who specialize in secretary birds” – adds the Egyptologist.

The secretary bird is a large bird of prey (about 1.2-1.5 m in length). It feeds on small rodents and snakes, which it kills with quick strokes of the legs and then swallows whole. The name of the secretary bird comes from long feathers on the head, which resemble feathers worn behind the ear by European scribes in the early modern era.

“These are the only depictions of the secretary bird from the Pharaonic era. The secretary bird can therefore be called the rarest of all products brought to Egypt from Punt” – says the Egyptologist.

Dr. Taterka explains that the exact location of the Punt land remains unknown – scientists argue over whether it was in Africa or on the Arabian Peninsula. According to the researcher, the discovery of the secretary bird sheds new light on this issue, because this bird lives only in Africa.

“It is not without significance that today the secretary bird is the main element of the emblem of Sudan – perhaps the land of Punt should be sought in southern Sudan or neighbouring coastal regions” – he believes.

The Egyptologist notes that although the secretary bird is shown twice on the walls, it is one and the same animal – once it is being offered as a gift for the king in Punt, and the second time – Hatshepsut inspects the received gifts in Egypt.

The Temple of Hatshepsut, partially carved in rock, consists of three terraces connected by ramps and crowned with porticos. Polish archaeologists have been conducting research in the temple since 1961. Archaeologists, conservators and architects associated with the Polish Centre of Mediterranean Archaeology of the University of Warsaw are working on the documentation and reconstruction of the temple.

Over the years, members of the mission secured the ceilings and walls of the ancient temple, reconstructed the ornaments, cleaned the original preserved reliefs, which brought out the colours of the pigments they were covered with. Part of the Portico of Punt was reconstructed by researchers in the 19th and early 20th centuries. Currently, Dr. Taterka is preparing a new publication on the reliefs.

Note: Unfortunately the bird is currently not shown in the Second Life model, as this wall in the Colonnade of Punt could not be fully reproduced in all known details. Because we had only incomplete old sketches available for making the textures of the murals of this part of the Portico of Punt.