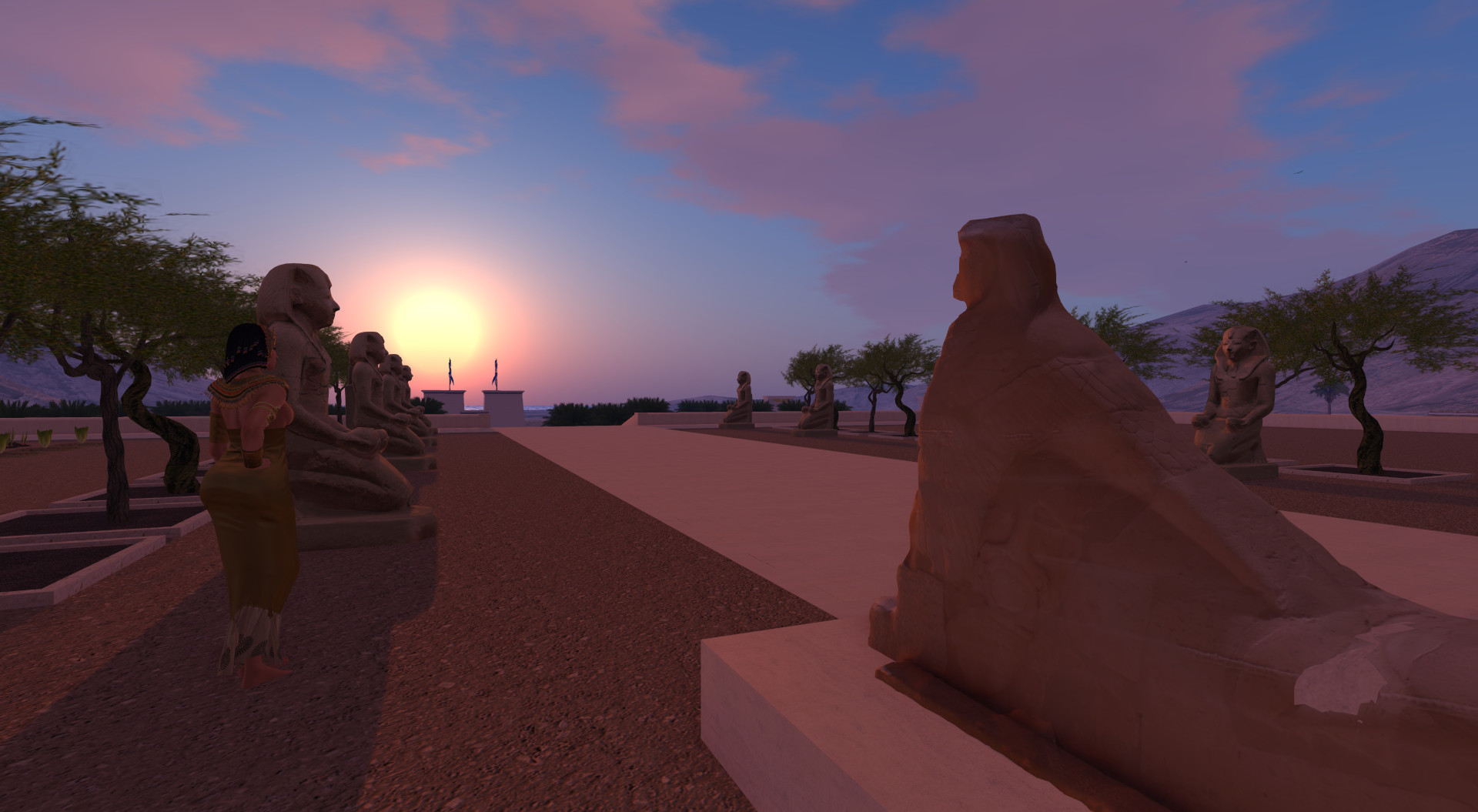 Today we finally received the textured 3D scan of the Horus statue located at the foot of the upper ramp of the Hatshepsut temple and after a few post-processings we were able to integrate it into the model.

The god Horus, here depicted as a falcon, sits with outstretched wings on the head of the Uraeus-serpent depicted on the ramp parapet slithering down from the upper level on either side of the ramp. (The snake body on top of the parapets is not yet shown in the model.) The Uraeus is a symbol of ancient Egyptian iconography. The ancient Greek term οὐραῖος (ouraĩos), in transcription Uraios, Latinized Uraeus, probably goes back to the ancient Egyptian word iaret (uaret), which is generally translated as “the rearing one”. In ancient Egypt, this golden forehead serpent, in the form of a rearing cobra spreading its neck shield and spraying poison, was seen by gods and kings as an apotropaic symbol of protection, in which Uraeus fended off the enemies of its wearer with the fiery breath of its fiery breath. In the same capacity, the symbol has also been used to protect buildings on their facades and especially on entrances since the 3rd Dynasty.

Here, however, the representation differs. The serpent, which is normally erected in a threatening manner and whose open mouth always seems ready to squirt its deadly poison, is here being pressed down by the falcon god Horus. Since the king himself is considered to be the embodiment of Horus on earth, this depiction also directly testifies to the overwhelming power of the king, who as Horus not only ruled the earthly world, but now also rules in the world of the gods and in particular can control the dreaded Uraeus snake who serves and protects him. And which he can also release again at will.

Note: Since it was only the scan of the southern figure that we got, which is apparently identical to the northern figure and also represents the better state of preservation, we decided to use this scan in the model for the northern side as well until we have a better solution.