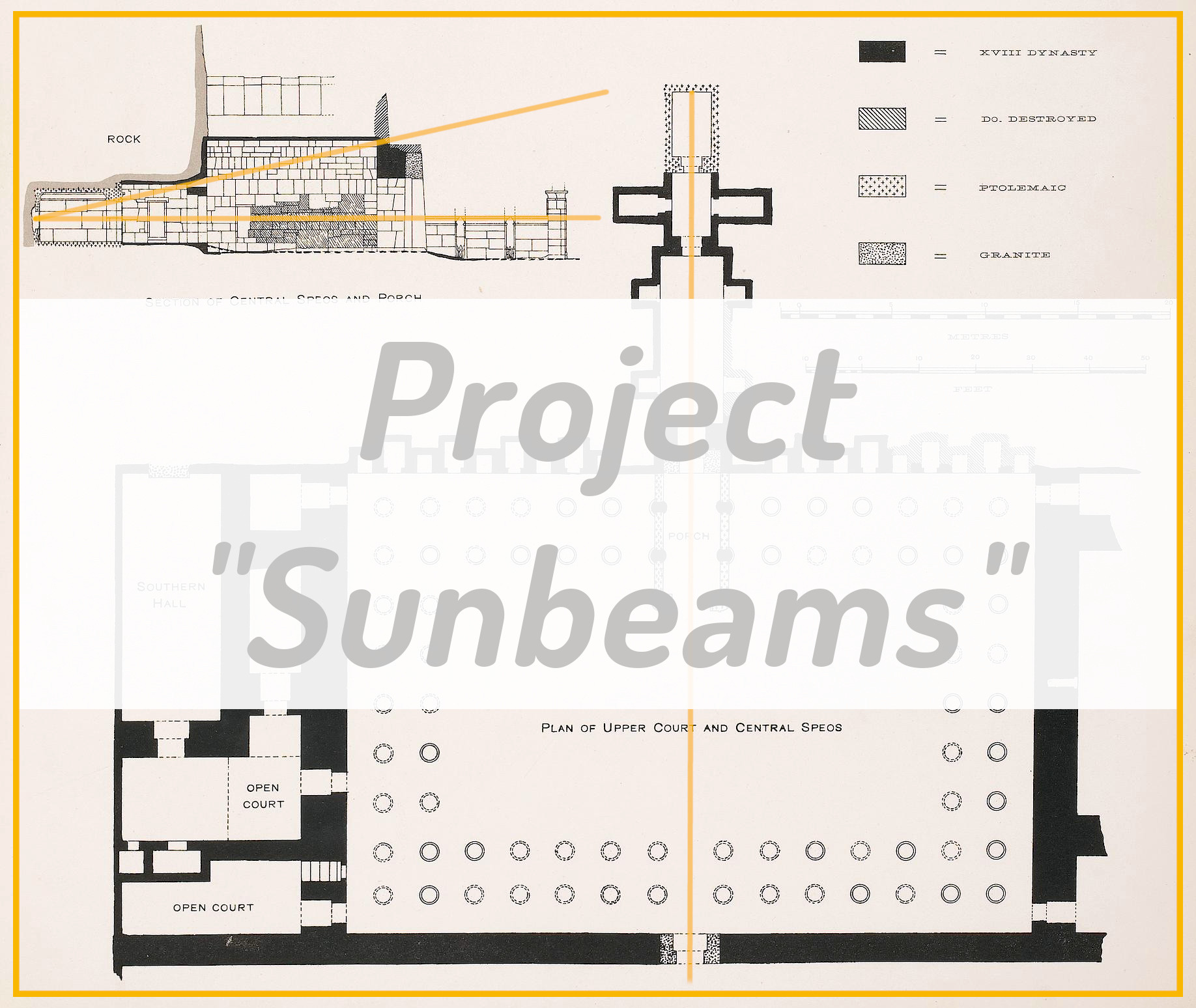 The light of the sun - donor of all life and daily recurring divine sign for the reliable rhythms of the world. Every morning it brings certainty for another day in life, gives all sentient beings security in the now. No one on earth can hide it, no one on earth can stop it. And as long as it can return from the darkness of the night, the world can be a home to man. Because this is the central order - this is the promise and greatest gift of the gods to the world. This is the MaAt, the central world order on whose preservation all depends.

In ancient Egypt, light and darkness were of central importance. As a result of the geographical situation, this opposition produces a high contrast between light and shadow. Anyone who has been there before, will remember the glistening sun and the all devouring darkness of windowless rooms and the impressiveness of the geometrical building shapes and the fine details of richly decorated wall reliefs on otherwise smooth surfaces, which emerge clearly from the stone even without any contrasting color.

«Architecture is the masterly, correct and magnificent play of masses brought together in light. Our eyes are made to see forms in light; light and shade reveal these forms; cubes, cones, spheres, cylinders or pyramids are the great primary forms which light reveals to advantage; the image of these is distinct and tangible within us without ambiguity. It is for this reason that these are beautiful forms, the most beautiful forms. Everybody is agreed to that, the child, the savage and the metaphysician.» - (Vers une architecture, Le Corbusier, éd. G. Crès, 1924)

The divine was inaccessible to humans even in ancient Egypt, only partially understandable and thus always incomprehensible. It was in the truest sense of the word in the dark and could only with difficulty or not at all, be recognized with his own mind and illuminated in its core. For this reason, the path to all divinity in almost all the ancient Egyptian temples was illustrated by a refined play of light and shadow and always lead us from the flaming bright light of our world to a place of dark darkness, where the gods dwelt in their cult statues.

Due to the exact orientation of the structures on the cardinal points or the sun's path in the year, the Egyptian architects were able to integrate the light into the building in such a way that at certain times of the day or the year the sunlight highlighted axes of the building (see fig 1) or sunbeams lit up specific areas of a room while leaving others in the dark.