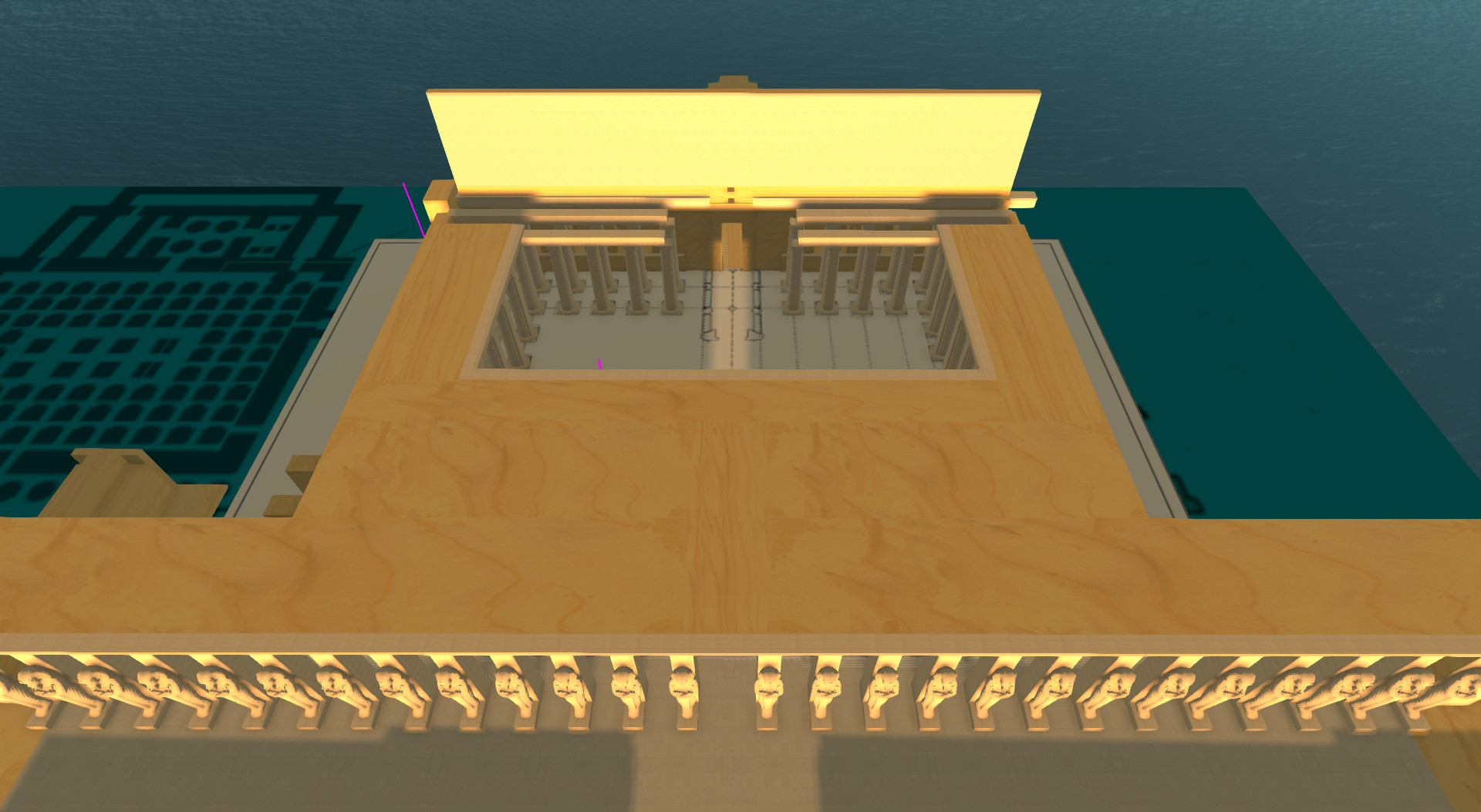 The new programmed sun rises for her first time and first rays of light fall into the shell of the Amun Sanctuary.

3500 years later shows the model for the first time, the miracle of light of the Winter Solstice. It is breathtakingly beautiful and incredible that we can experience it here in this virtual world, just as was once thought by the architect Senenmut.

The main and axis of the temple is set to an azimuth of about 116½° and is aligned to the winter solstice sunrise, which in our modern era occurs around the 21st or 22 December each year. The sunlight penetrates through to the rear wall of the chapel, before moving to the right to highlight one of the Osiris statutes that stand on either side of the doorway to the 2nd chamber. A further subtlety to this main alignment is created by a light-box, which shows a block of sunlight that slowly moves from the central axis of the temple to first illuminate the god Amun-Ra to then shining on the kneeling figure of Thutmose III before finally illuminating the Nile god Hapi.

Additionally, because of the heightened angle of the sun, around 41 days on either side of the solstice, sunlight is able to penetrate via a secondary light-box through to the innermost chamber. (You can see it in the slider box below.) This inner-most chapel was renewed and expanded in the Ptolemaic era and has cult references to Imhotep, the builder of the Pyramid of Djoser, and Amenhotep, son of Hapu, the overseer of the works of Amenhotep III.

(Note: The slideshow shows almost the light situation on the morning of the 41st day before or after the winter solstice. A more precise simulation is currently not possible because the virtual simulator does not allows tilted solar tracks.)