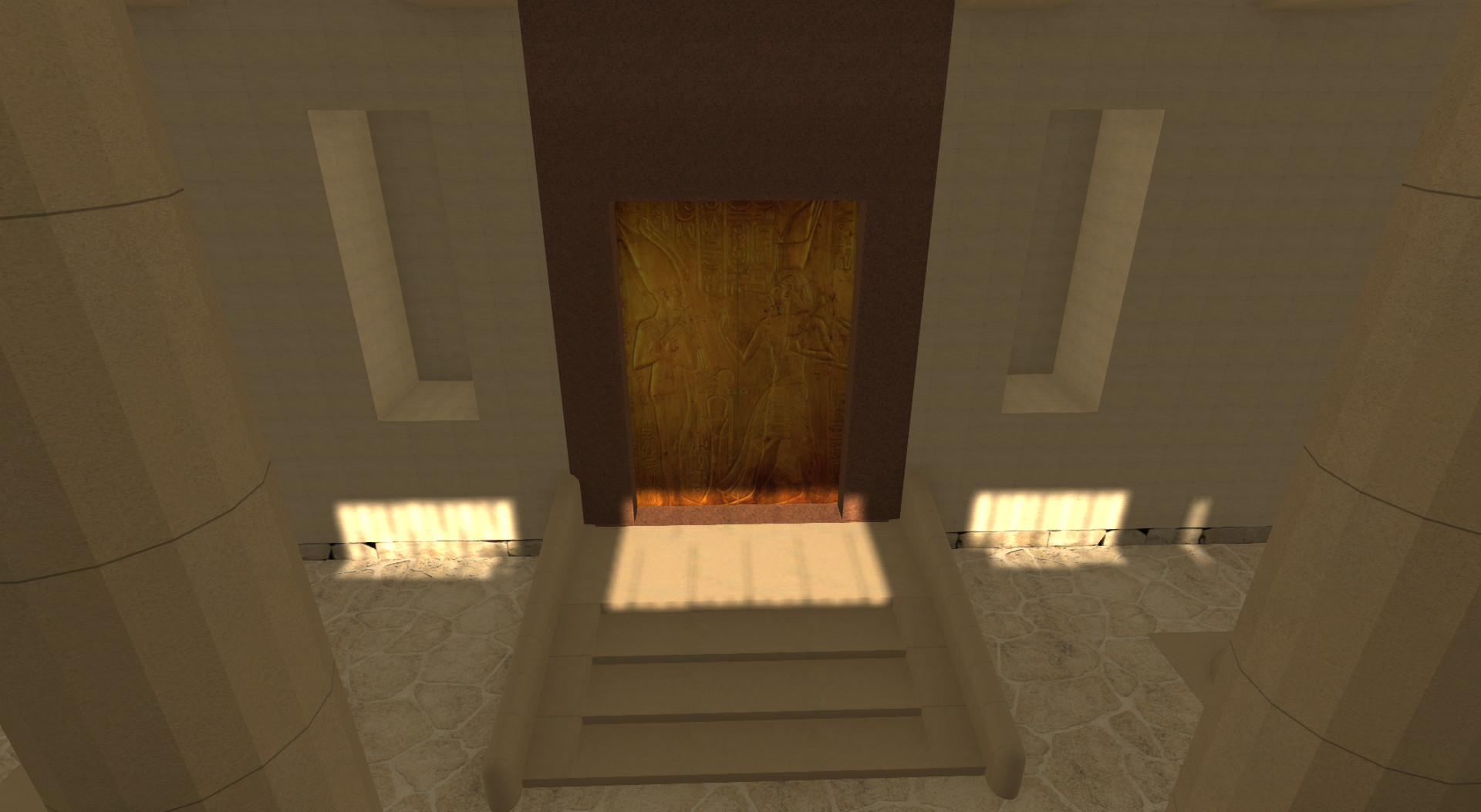 As a proposal for solving the problem of the missing but presumed columns F-G/IX in front of the granite doorway of the hypostle hall we decided to remove them completely.

Because, as Lipinska already wrote: "If this is reconstructed in line with all the others in this row, it will stand exactly on the preserved slabs forming the stairway in front of the granite doorway. Nothing however, indicates the presence of a column there, and the guide lines on the labs are contrary to such a reconstruction." (J. Lipinska 'Deir el-Bahari II - The Temple of Tuthmosis III Architecture' S.33)

However, no other information known to me today indicates that these columns have been laterally displaced, as Lipinska suggests in the following: "So this column, and also its counterpart on the other side of the stairway should have been shifted outside the stairs ..." (same source as before).

Therefore, and as a possible solution to the problem, we remove these two columns in the model for the moment and then we would get the solution visible in the pictures.

I know, that's not a very elegant solution, but any other suggestion must answer the question: Where are the column bases and why don't we find any guideline markings for it?

(Note: All niches and doors inside the hypostyle hall are still in the places defined by Lipinska's floor plan.)