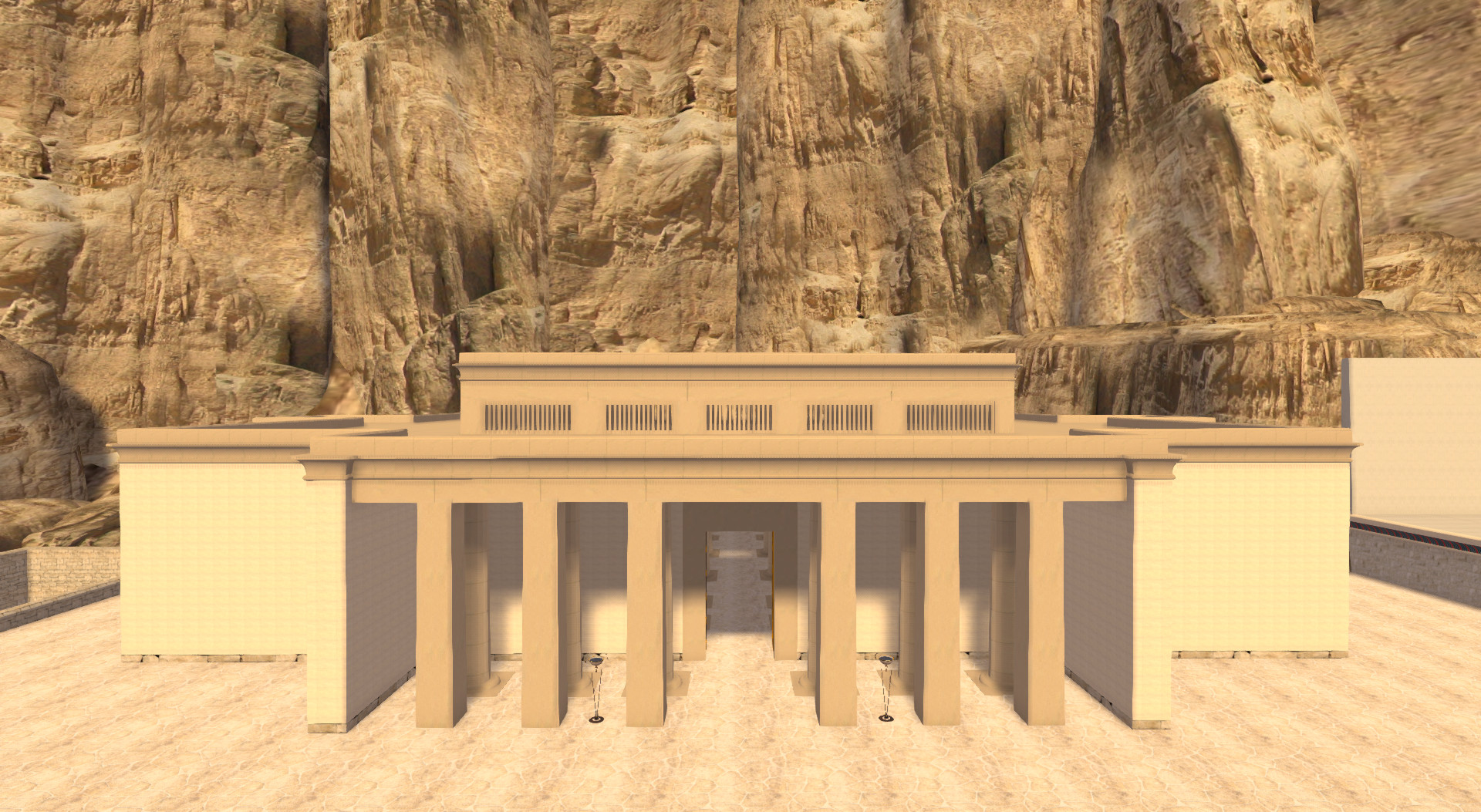 We have found a reasonable solution to the static problem of the windows in the basilica according to Lipinska's ground plan.

The point of orientation was the location of the architraves in the central part of the Basilica, according to Lipinska's suggestion. But contrary to her solution, we rearranged the supporting pillars between the windows. The new position is located exactly below the associated architrave. In this way we get five windows of different width on the front and back of the building, and three windows with almost identical widths on either side of the building. As a result of this rearrangement can now better absorbed the weight of the roof and transferred to the lower column rows.

We also get a better symmetrical arrangement of the windows, especially on the two longitudinal sides of the building. The result of this new arrangement is also a new lighting of the hall of the basilica, with a complete illumination of the two most important doors, and two theoretically conceivable niches on the right and left side of the door to the main sanctuary, on the day of the winter solstice.

Looking at all these static advantages and visual impressions, I consider this window solution is the most likely and I think Lipinska was wrong on this point. However, I would also like to point out that it is easier to keep an overview of the spatial arrangement of the statically relevant structural parts with a virtual replica. And without the architrave solution of Lipinska, this new window solution here would not have been developed either.

In spite of everything, that will not be the last word in wisdom.

The solution is still not perfect (as we can see in fig. 4 - 6). The pressure of the huge upper architrave is still not transferred in all places directly to the lower row of columns.