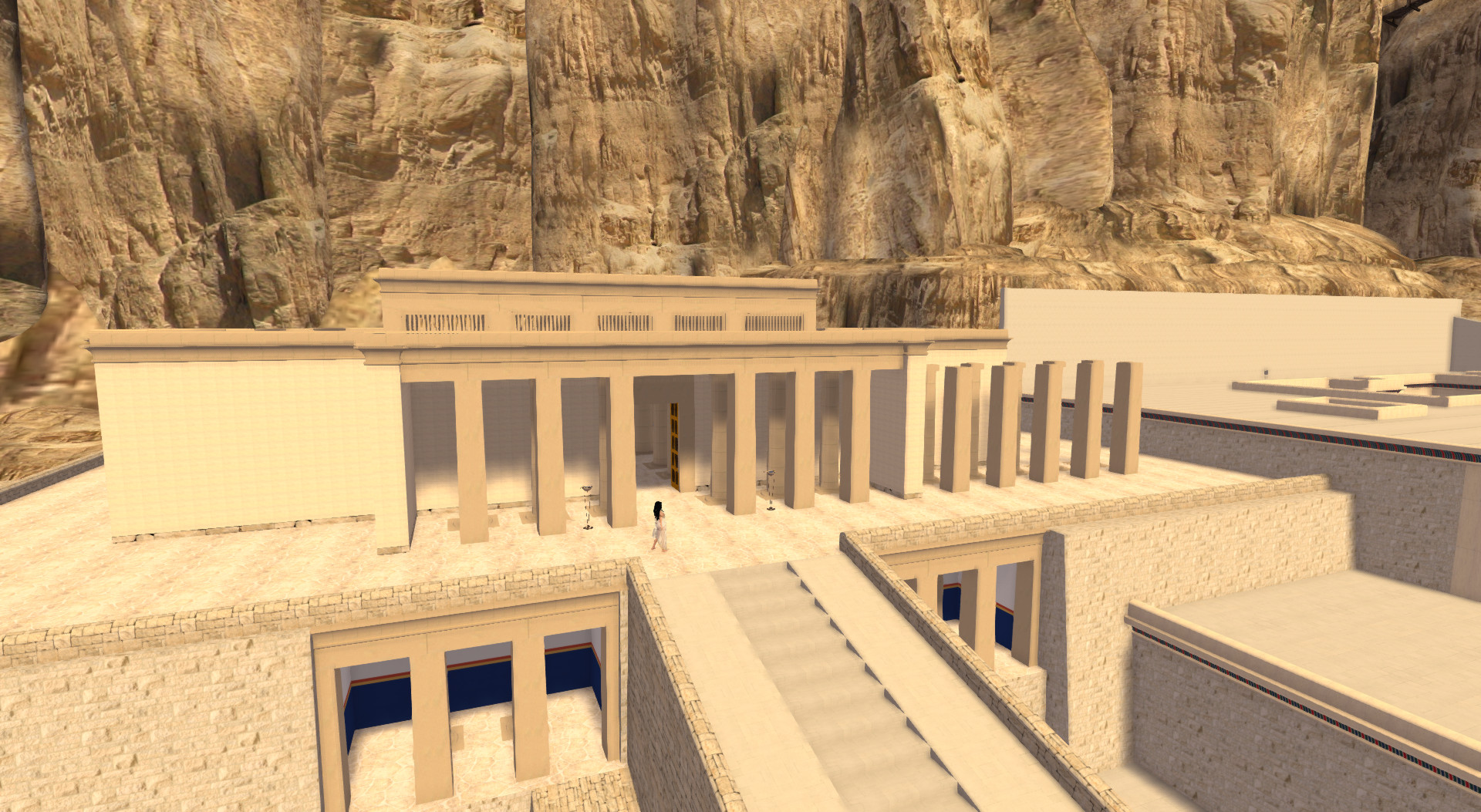 Start of  a big modification of the entire temple, according to the new insights to the temple architecture from the Campaigns 1980 and 2012-2013 of the National Museum in Warsaw/Poland under the scientific direction of Monika Dolińska and some interpretations of this new findings, based on the work of architect Mariusz Caban of the Wroclaw University of Technology.

This new insights bring us a completely new designed temple front, as well as a stepped construction of the building platform and a modified and more east-bounded lower portico.
Likewise, the central section of the hypostyle hall of the basilica is enlarged and now supported by 4 pairs of the 32-sided 8 meters columns (not yet built in the pictures).

This interpretation based on Caban's work also brings us a completely new arrangement of the architraves in the central part of the hall and a new variant of the architrave guidance to solve the known problem around the supposed but missing columns F-G/IX. However, even Caban can not prove that these pillars were really there, because he argues only from static logic - not a bad argument, but also not a proof.

Phase 1 of the rebuild mission covers the redesign of the now 2-level plateau, the lower and middle colonnades as well as the entire temple front and general building outlines.

Excluded are the redesign of the hypostyle hall with the new architraves, the complete new interior layout of the rooms and doors, and the resulting relocation of niches, windows and roof openings. These modifications will be realized later.