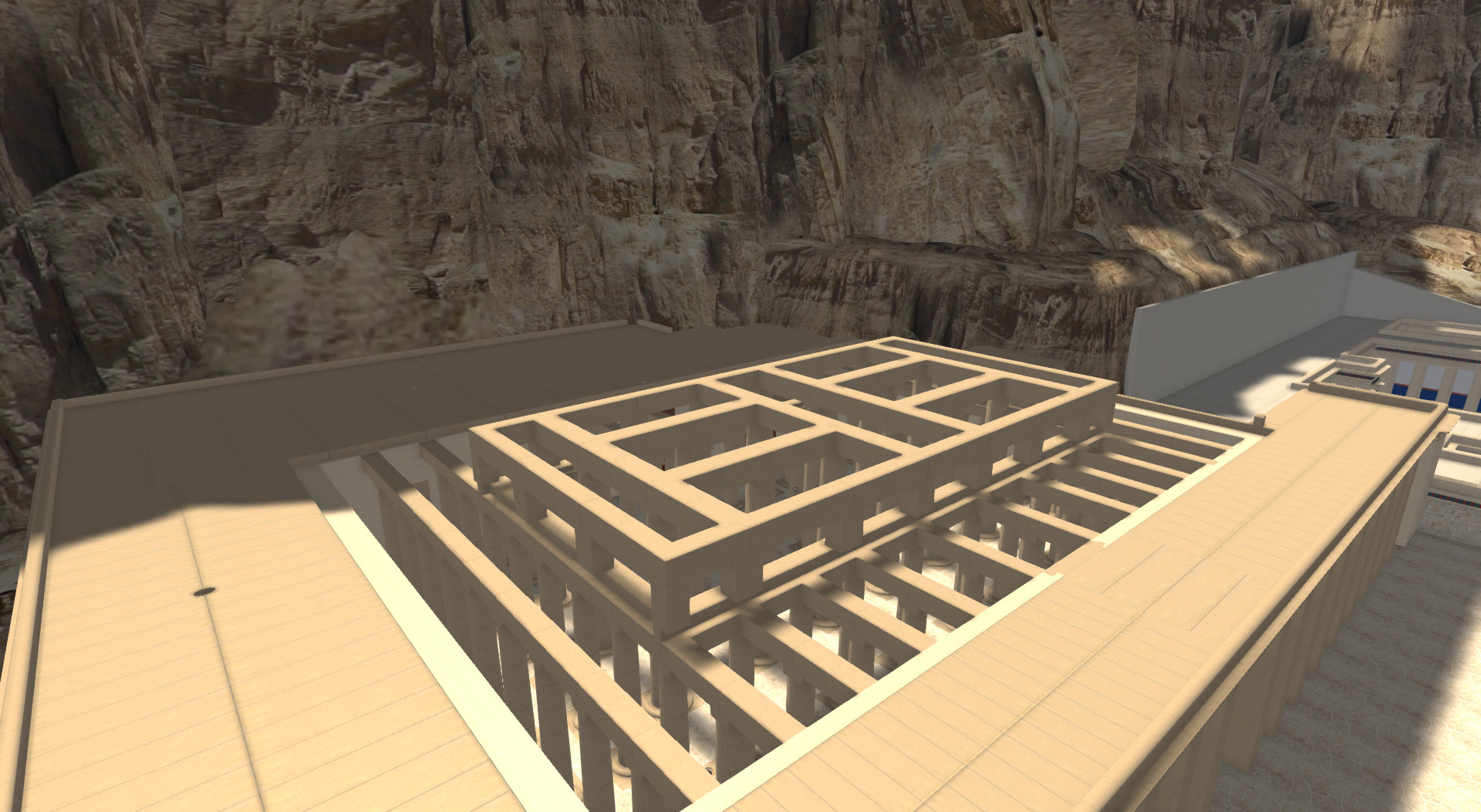 Continuation of rebuilding the temple, begun on 26 of May

(Part I can you find here.)

After the completed rebuilding of the temple front, the terrace and all colonnades is the hypostyle hall of the basilica now the turn.

The task is to reshape the central area of the hypostyle hall, according to the proposals of D. Arnold & J. Lipińska "The Temple of Thutmosis III, Architecture ..." OLZ 75, 2, 1980. For this purpose, the central area will be expanded from 8 to 12 central columns by positioning a further pair of this 32-sided columns on the north and south of the existing pairs and removing the eight 16-sided columns C/III - C/VI and K/III - K/VI. As result of this expansion of the central area the basilica will grow to a width of 26.55 meters (outside dimension).

Problem #1: As a result of this work, new problems will arise in the structural aspects of the hall. These mainly concern the transfer of the compressive forces from the roof and outer façade of the central part to the lower column rows. As usual, these compressive forces are transferred to the lower architraves by small piers, located below the upper architrave intersections, and are then transferred about the lower columns to the ground. However, the architrave intersections of central and the outer part of the hall are not all in line, due to the different and variable intercolumns in each area. And this would mean, that the support piers of the upper section would not transfer the pressure to one of the lower columns, but to the space between two columns directly on the middle of an architrave (see pic2 and 3). However, this is unthinkable.

From these considerations follows, we must completely reorganize the architraves of the middle section. Here we follow the suggestions of Mariusz Caban, illustrated in his 3D model of the temple on his youtube channel (see bellow).

Finally, I would like to point out that the changes are not yet completed on the building , so the photos show the current interim of this morning. Especially the problem 1 is still not solved, and can only be tackled in the coming days.

Explanation of the pictures